Demanding. Annoying. Angry. Unrealistic. Unreasonable. Every teacher, principal, and school district administrator knows *that* parent. In special education, there are much greater numbers of *that* parent, and I’m sure school systems feel irritated and challenged by the threats of law suits and seemingly endless fights over Individualized Education Plan (IEP) goals. But do they realize their role in creating *that* parent?

In an earlier post, I begged teachers not to force parents to become *that* parent, explaining that all parents, and especially those of children with special needs, want to be liked and work in partnership with their children’s teachers. The incident I cited was the failure of a special education teacher to communicate with the parents of a non-verbal child, or even to answer their emails asking about the child spending time in a “quiet room” and the lack of a behavior plan for its use.

After five emails, the teacher responded and offered to meet. The meeting consisted of her pulling the child’s mother aside during pick up time to reassure her that the room was actually more of a closet with a door that didn’t lock, that the child chose to go to the room, and that it helped to regulate his behavior.

These parents are so polite and accommodating that they accepted the explanation and decided to wait a few days before requesting a more formal meeting. They had arranged for a visit from a specialist in teaching reading to non-verbal children, and she was coming that week to train the special education classroom teacher. These trainings were part of the child’s IEP. Except the training didn’t happen because the school failed to arrange for a sub. Instead, the school district special education department suggested a classroom aide could be trained. But it is not legal for anyone other then a special education teacher to carry out the instructional minutes mandated by the IEP. So no, that didn’t happen.

Now the parents transitioned from being nice to being extremely angry and frustrated. Now they became *that* parent. Yes, they admit their child can be difficult and they are aware of his behavioral challenges. But they also know their child is capable of learning and can actually read. His capacity to learn is demonstrated in private therapy and at home. Just not at school. In short, he has been deprived of years of education by a school system mainly focused on his behavior and managing it.

In her blog Let’s Be Blunt: The Illusion of Inclusion, Karen Copeland writes about how parents of children receiving special education services evolve into angry parents:

“We are told we need to stay calm and polite in meetings in order to be respectful. The challenge is that these very systems have set us up and created us to be these angry parents by virtue of the fact that we have had to fight so long and so hard to get our children and families even a fraction of the accommodations and support we need.”

Copeland shares the journey of many parents of children with special needs in our public schools:

Like all parents, those of children with special needs want their kids to succeed and live up to their potential. They also have dreams for their children and believe their children are capable of learning at their own pace. Like the parents of the child spending time in the “quiet room” closet and being denied appropriate educational interventions, they try to supplement what the school fails to provide.

Copeland reminds us that schools should never give up on a child regardless of age. “How many people would write off their own child if he/she was different?”

A school psychologist commented on my earlier blog, “Please be *that* parent. Your child deserves no less, and your special education team needs the feedback to support your child’s success.” Speaking on behalf of all parents of children receiving special education services, I am asking school districts to collaborate, communicate, and consult rather than evade, fight, and blame. Try it. I’m sure fewer folks will become *that* parent.

I’m disappointed. The author only touches upon the realities. Parents and teachers alike face illegal discriminatory retaliation for their advocacy. The situation is far more dire than is indicated. Children in need of special education services are NOT being educated as the law requires and their failures are documented (due to NCLB) from one end of this country to the other.

What is needed is not a plea to teachers for their cooperation but a revolution where parents and front-line educators stand united against retaliatory administrations and demand accountability.

The U.S. President guides his departmental heads about what laws and regulations he wants enforced (or not enforced). Our children have NEVER had enforcement on their side. Parents must stand united and DEMAND ACCOUNTABILITY!

I think my best biggest takeaway from this piece is the importance of building strong relationships that are open and transparent. I truly believe that we all want what is best for kids, but sometimes folks get so buried in the minutia that they don’t spend time building these relationships that are so crucial to a students’ success. I am fortunate to work with amazing special educators and teachers that work very hard to build and cultivate these relationships.

Bravo. I agree with Jon. A step further, I truly believe Equity and Full Inclusion may become civil rights issues. Schools have a wonderful opportunity now to push for funding, advocate for these kids and reap a myriad of benefits. 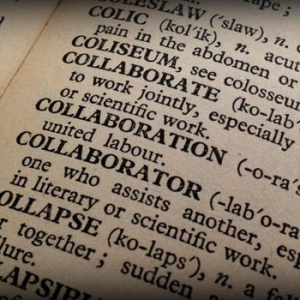 It’s Up to Us: Bridging the Distance between Home and School
Julia G Thompson 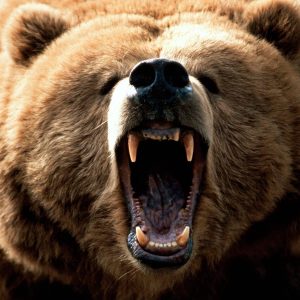