Just my Opinion, but….

JUST SAY NO to standardized testing. It’s time. Right before elections it’s turning into a political football, local, state and federal. At the national level, the leap to ‘for profit’ schools, slaps us into the face of reality.

Tests. Lower the bar, fix or dump the tests? A conundrum. Is the bar too high? If no kids can reach that bar, what’s next? Same thing, same results, right? Or what? Is this the way to judge schools, teachers and children’s future success in our changing landscape? Does rigor insure academic success? I think not.

Something is more than a little off kilter, the ship is going out to sea in the wrong direction. In fact, we are bailing water out of this boat. New ship needed! Let’s stop being on the Titanic, rearranging deck chairs.

Because I am an optimistic person by nature, and always see the good in things, or nearly, I am confident we can turn the tide here, as a collective voice. Because policy makers usually have not been teachers, or even spent any time in a classroom, the new wave of teacher educators running for political office at all levels is heartening.

I hope we all start saying a loud no to all or nearly all standardized testing. Imagine we have instructional teaching time back, not test prep and taking the test, imagine schoolhouses and classrooms fully equipped. Imagine no data points, data walls and energy instead going to the common instructional good, not a waste of time and money. Follow the money trail. Good grief. Testing is of little use, it sucks up time and money and it has to go.

Ironic, besides being a Principal, I served a number of years as a Program Evaluator for ESEA, Title I. I did nothing but work with data and program improvement. Yet here I am saying in my opinion standardized testing as it evolved, is basically a waste. Teachers know there is little information related to teaching, and the school scores come back way after the teaching year begins anyway.

If standardized tests aim to give a portrait of how our kids are doing, state to state, school to school, we further compare apples and oranges. How do you compare a classroom lacking everything, with holes in the roof, to a school in a high income area? Can’t. The only ones profiting are those, indeed profiting. What a huge industry, money takers and makers.

My heart is full of tears when I see teachers getting donations for pet projects and basic supplies, like pencils and paper. The money. Think of what testing money can do in classrooms, preparing kids for the future in today’s world.

The worst part? Stress. How do we put a value on what the incessant stress of getting scores and in some case having your evaluation as a teacher, how ‘good’ you are, judged by your class’ scores. Absolutely wrong. And kids. Talk about test anxiety. Getting sick in the classroom is symptomatic of what no grit can do. Or should have to. Period.

Despite ESSA, poor scores so far. Now what?

The scores have poured in. We saw flat NAEP scores (National Assessment of Educational Progress), the Nation’s Report Card. This is usually the one assessment I trust. However there is a question mark, as this last testing was likely not as reliable or valid as it wasn’t administered the same way as previously. Some kiddos took the tests on paper and others were online, in transition to all online.

Regardless, there was enough statistically valid information gathered to inform us that the playing field not been leveled, the achievement gap has not been breached, and in some cases worsened. Despite federal mandates and a more unified national curriculum endeavor, we need, now, as a nation to take a harder look.

That’s right, ESSA, Every Student Succeeds Act, which replaced NCLB, (No Child Left Behind) did in fact, thus far leave ‘at promise’ children behind in droves. Same as the last innovation. Flat scores in reading and math were pervasive, across the board, with minority children not nearly bridging the achievement gap. Not one significant bit. We can do better and must.

How did your state do on more local tests? Oregon got an F.

Eugene Register Guard newspaper had quite an extensive article yesterday about newly released state Smarter Balance test scores. Not surprising, but unhappily, I read that Eugene students at every grade level did not even meet state mandated minimum requirements for the State’s Smarter Balance tests.

All kids non-proficient. Wah? Feh. I doubt that. Seems something or everything was flawed. Not the kids. Children are not flawed. Yet Oregon has the third lowest graduation rate in the nation, only New Mexico and Nevada are lower. I have no clue why, or how accurate. But that is not acceptable in any terms.

There was quite a flap about the test scores being released here now right before the election. There happens to be a tight battle in the Governor race in Oregon, a number of local school bonds possibly impacted and the back and forth about the scores and late (or early) release date seems unreal to me.

Opting out of standardized tests in Oregon.

ESSA requires ninety-five percent of a district’s students take the exams. Yet in Oregon, opting out has legs, supported by some School Boards as well as schools and parents. The Eugene School District has a fairly substantial high opting out population. Last year 89 % participated in the math exams, and 86% took English/language arts.

The federal government does not recognize opting out as a viable option, I fear, to relentless testing, so how these scores were calculated may have a bearing. This was Oregon’s third year of recognizing opting out.

Did opt outs affect final scores? They were counted as zeroes!

Likely yes. I find it so frustrating that kiddos who opted out, did matter. Although our Legislature made the opt out decision, ESSA regulations were followed. How the scores were calculated may indeed have direct consequences on the poor showing. Scores were skewed unfavorably in a most unfair manner.

Anyway, Oregon’s opt outs and the resulting clamor this week may affect a number of state and local elections and school bonds. Such an unfortunate sequence of events. As I study the ballot measures I have no answers, just a lot of beliefs and questions.

It’s past time for change, growth and transformation.

Dump all, or most standardized tests.

My optimistic self says the testing as teaching era shall pass. The pendulum swung too hard in the wrong direction for too long.

Years back when I worked as a Curriculum Consultant for Sacramento County Office of education, I was one of the first California “trainers” for K-12 Model Curriculum Standards.

Part of me was worried, part of me thought it was a great idea but I never dreamed we were on the path to such a crazy time in education. Testing does not mean teaching. Far from it.

I am certainly not comparing us to Finland. Obviously we know the professionalization of teaching is real and vital. By changing our thinking and culture from this mess of data-driven everything, trusting our teacher researchers, and listening to our Principals, my hope is one of passion and purpose.

Thank you for reading my thoughts today. I promise not to lose this blog like I did on World Teachers’ Day. It’s too important.

Is the bar too high? Are we going to continue bailing water out of this boat?

Let’s figure this out. Either the bar was set too high, or are scores inaccurate? What about opting out for everybody? Who is benefiting, really? Tinkering around the edges isn’t working, or is it?

Last year we assessed preschoolers and I had mounds of scores to interpret about kiddos aged two to five. Done. Let’s say no more. Toss the tests out. Too many, too much time. Too much money. Not useful. Bye-bye. Maybe then, compare us to Finland. 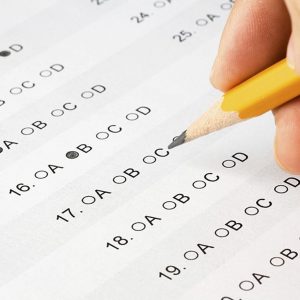 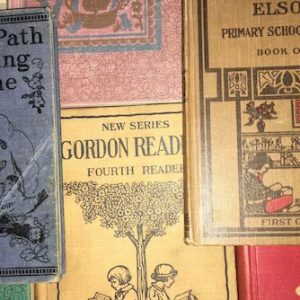 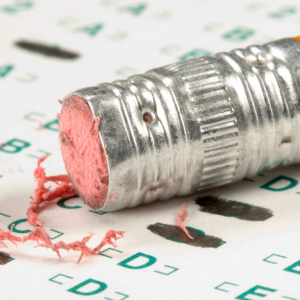 7 Ways to Make Learning Impossible in Your Classroom
Chad Ostrowski