NEWSFLASH: There are people on the Internet that don’t like each other. There are people that don’t like each other in person too, but today’s pitfall of technology has enabled a myriad of people to partake in voicing their opinions in a whole new* way (*new, being about 20 years at this point). Recently, a childhood friend of mine was sharing his thoughts on a recent experience he had while in the store and came across someone who talked a lot of trash online. He referred to them as “Keyboard Warriors” and “flexing their Facebook muscles”. I literally laughed out loud. What a phrase. It’s not new — where was I not to hear this? Especially me… someone who is loved and loathed as a leader.

If you have followed my career or me online, you are well aware that people who don’t care for me express their dismay, often frequently. 9 out of 10 instances, it’s done so by a phony name. That’s OK — that’s your First Amendment right to do so (as long as you’re in the parameters of not threatening or causing any type of harm). What’s different from the past 20? It went from the Letter to the Editor in the paper, to message boards, to social media. With a mere click, you can like, retweet, heart, share, snap, and comment on anything and everything. Fake namesisnothing new; fromMrs. Silence DogoodtoDeep Throat, false names have been used out of fear or breaking the law. History has depicted that these individuals were timing, calculated, and put great thought into their hiding. Today, it can be done in a matter of clicks.

Some keyboard warriors are entertaining, others are gadflies. Some have good intentions, other just try to stir the pot or throw gas onto a fire that they think exists. Other keyboard warriors are just obsessed, addicted, and will do anything to try to make someone else’s life miserable. The epitome of cyber bullying and cyber harassment, the folks you find today doing such petty acts are often also classified as trolls.

Back to my keyboard warriors, while I think no act of harassment and bullying is acceptable to anyone of any age, mine are former or current educators. Licensed professionals from the state who are charged with protecting your children. Retirees who currently collecting a pension and receiving health benefits. How disgusting and pathetic is it that people whoare / wereresponsible for ‘educating’ your children (and you’re paying for them with your tax dollars) have such a sadistic side? Thankfully, such behaviors in New Jersey can be stopped under the auspices of the law. Under the criminal code in NJ, proving a displayed pattern of harassment can result in a loss of pension, benefits, and even could come with jail time.

There are some positives about keyboard warriors and those who flex their social media muscles. Takeawaysinclude:no credibility due to no real name; a showing of obsession by cyber-stalking an individual, showing lack of credibility (and showing mental illness), and that you’re effective at what you do. If you have people following your every click online, chances are you’re doing something effective and meaningful. I am somewhat old-fashioned; I do preferpeoplesay something to my face, and not their keyboard. These people won’t – they are too scared to do so.

I remember an Open House where a former employee and disgruntled parent was in the audience talking smack during my entire presentation. Immediately following, I made a B-line right to her and her friend, asking her what she thought of my presentation, how she was doing after her loss, if she enjoyed the food I sent to her house, and if I could do anything for her. She went from barking and pointing to staring at the floor and being real, real quiet. The entire room saw her, the entire room saw me make a B-line, and the entire room was impressed that not only did I address it, but that I ceased it from continuing. Again, you’re welcome to display your displeasure all you want, but when it begins toeffectother’s well-being, you are crossing a line.

Superintendents are charged with leading the District. Some will like the decisions, some won’t. Seldom will praise, but several will attempt to flex their social media muscles and try to shock the system. Thankfully (and, sadly enough) such foolishness is becoming a part of our daily lives, resulting in it just being another factor of life we all face.

Keyboard warriors and those who flex their muscles on social media do just that; flex what they think they have. You can only be hurt by such if you let them hurt you. Quite honestly, if you’re still reading this post, you’re either beingeffectedby one or you are one. If you are beingeffected, don’t let this bother you – – the problem is not you, the problem is theperson / peoplewho are burning their energy on you instead of doing something positive. If you are a keyboard warrior, why don’t you invest your time & talent into something positive and productive insociety.We need it today, and we need you — yes, you, to help all of us as a productive society.

Not Vaccinating Your Kid? Thanks for Being Part of the Problem!
Jay Eitner 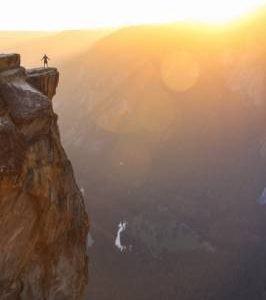 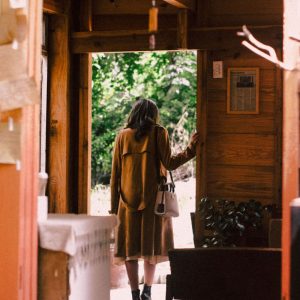 Why I Left the Classroom for Administration
William Madden

09:49
When to Let Your Child be a Child
BAM! Radio Network
11:18
6 Riveting Ways to Make Reading and Writing Fun for Students
Vicki Davis
13:18
Moving to Electronic Health Records, What You Need to Know
Donna Mazyck
12:06
Surviving the Perils and Challenges of Grading
Rae Pica
13:55
Is Structured or Non-structured Recess the Way to Go?
BAM! Radio Network
09:19
3 Things Every Dad Needs to Know to Raise Strong Daughters
J. Michael Hall