Music educator Emile Jaques-Dalcroze (1865-1950) claimed that joy is the most powerful of all mental stimuli.

It’s an interesting contention, especially considering the many non-joyful stories I hear from educators and parents. Stories about children crying over tests. Children with so much homework that there’s little time for anything else, let alone joy, in their lives. Children discouraged by schooling as early as kindergarten. Children stressed out, burned out, acting out, and dropping out. Oh yes, and popping antidepressants at an astonishing and alarming rate.

Sadly, none of that surprises me anymore. After all, what part of today’s emphasis on accountability and academics screams joy? How much joy comes from prepping for test after test? How much joy do we witness from students bent over desks and filling in bubbles? How much joy is experienced by students whose success, along with their teacher’s, depends on how well they do on those endless tests?

Granted, there isn’t a whole lot of research to back up Dalcroze’s contention – because there aren’t many researchers who would have considered it a worthy topic. But there is some, including a recent study by two Finnish educators, which points to several sources of joy in the classroom. They include:

active, engaged efforts from the children;

desire to master the material – to become “expert” at something;

students allowed to work at their own level and pace;

finishing a task or solving a problem, and the time to do so;

the chance to make choices;

sharing and collaborating with other students; and

the opportunity to play.

We do have a great deal of research detailing the impact of stress on the learning process. Dr. William Stixrud sums it up quite nicely when he writes, “stress hormones actually turn off the parts of the brain that allow us to focus attention, understand ideas, commit information to memory and reason critically.” Not a whole lot of learning going on when that happens. It’s darn hard to think straight when your system is poised for fight-or-flight.

Despite this evidence the policymakers just keep demanding practices that create more stress — and sap the joy right out of school.

I might forgive the policymakers for ignoring (or, if I’m giving them the benefit of the doubt: being unaware of) the research on the roles of stress and joy in learning, but Dalcroze clearly didn’t need research to reach his conclusion. During his time, there was no Internet to allow for large-scale surveys or the collection of anecdotal evidence. There were no neuroimaging and brain mapping scans to reveal that more pleasure areas of the brain light up when individuals are undertaking tasks they enjoy.

I imagine he based his opinion on how he felt when learning something new or when engaged in the act of creation. Perhaps he discovered that whenever he was fully engrossed in a project, he experienced what psychologist Mihaly Csikszentmihalyicalls “flow” – that wonderful occurrence when time passes without our noticing. Of being so involved in what we’re doing that we’re aware of nothing else. Each of us has gloried in such experiences on occasion – for example, in the act of writing, painting, cooking, or teaching.

Perhaps Dalcroze based his contention on the observation of children. He may well have observed them in the process of creating and learning. Watch any child involved in self-directed activity – whether it’s trying to write their name for the first time, staging an elaborate production, or experimenting with a chemistry set – and you’ll witness flow. There’s nothing more engaged – or engaging – than children fully absorbed in an undertaking. They direct all of their attention and effort into it. They put their heart and soul into it. And, if required to stop, the upset is profound…because who wants to stop feeling joy?

Wholehearted absorption doesn’t describe much about what kids – or teachers – are required to do in school these days. And that is such a shame.

Imagine the lost potential as students continue to struggle to learn when anxious and unhappy. Imagine the ever-increasing number of students stressed out, burned out, acting out, and dropping out if things don’t turn around, and quickly. If students are kept from discovering the power of joy in the classroom.

Joy and enthusiasm are absolutely essential for learning to happen – literally, scientifically, as a matter of fact and research. Shouldn’t it be our challenge and opportunity to design learning that embraces these ingredients?

What’s a Teacher to Do?

Listen to “Five Ways to Make Joy a Part of Learning: Why It Matters:https://www.bamradionetwork.com/student-centric-strategies/2954-five-ways-to-make-joy-a-part-of-learning

Be excited and joyful about the learning that takes place in your classroom. When you’re excited, the children will be excited.

As often as possible, use humor in the classroom to lighten things up. In a BAM Radio discussion, Diana Loomans said that when you have a laughing classroom you have students who are participating more, perform better, and retain more information. In that same segment, Ed Dunkelblau contended that humor, laughter, and play are pleasurable experiences that attract and engage students, making it easier to teach. He said, “Humor is one of the few educational strategies that does as much good for the teacher as it does for the students.”

To the extent possible, make test prep fun, rather than drudgery. For ideas, listen to “Ten Ways to Make Test Prep Fun”.

Read The Laughing Classroom: Everyone’s Guide to Teaching with Humor and Play by Diana Loomans and Karen Kolberg.

What if, instead of measuring how many math facts a child could correctly solve, or how many words they knew how to spell, we measured children (and their teachers) by how much time they spent focusing on something that interested them, how curious they were during the day, how playful they were with ideas? These, after all, are the true goals of a good education, so why not build the school day around them? Children would be happier in school, would learn more of real value, and would become adults better equipped to seek a sense of well-being.

Author’s note: Much of this post is excerpted/adapted from “The Power of Joy” in my new book, What If Everybody Understood Child Development? (Corwin Press, April 2015). 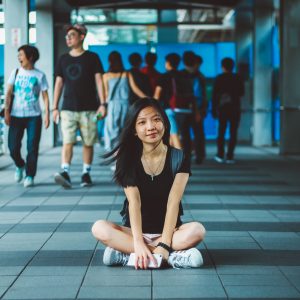 Confessions of a Confirmed Serial Edcamper
BAM! Radio Network
10:10
Overcoming the Fears That Limit Our Teaching and Learning
J. Harper, M. Froehlich
11:15
Catch 22: Teach Critical Thinking, But Don’t Do It Too Well
T. Whitby
10:07
Lessons from a Father’s Journey with an Autistic Child
BAM! Radio Network
12:06
Balancing the Needs for Differentiated Instruction with the Demands of the Common Core
BAM! Radio Network
11:10
Beating the Three Destabilizing Challenges Most Educators Face
B. Gustafson, B. Gilpin