(Ten years ago, I was nearing the end of my school administration career.  This story came from that year…)

The first week back from Winter Break had been fairly uneventful.   The kids, still filled with a bit of holiday spirit, had for the most part succeeded in concealing their new DS Lites, iPods and cell phones from their teachers who were still recuperating from two weeks of holiday merriment and too weary to even notice. Fortunately, for me – and for the kids – few discipline referrals made their way to the office that week.

It was one-thirty, lunch recess was over and the campus was thankfully quiet. No fights had broken out on the playground, so I actually had the chance to sit down at a picnic table and eat a quiet meal of my own. Perhaps all the electronics were a good thing; they kept the kids occupied! I bolted down a few carrots and washed them down with a glass of iced tea and then prepared to complete my daily tour of the campus.

One of the most important (and most rewarding) responsibilities I have accepted as a K-8 school administrator involves being out of my office and being visible on campus – visible for every child, parent and teacher that our school serves. Every day I make my rounds – greeting kids in the morning at the front of the school, observing students and teachers from classroom to classroom, joking with them and diffusing tensions in the cafeteria and the playground at lunch time, visiting classrooms I missed in the morning, and then it’s back to the front of campus to see the kids off for another afternoon. This proactive approach is no aimless meandering around campus! My daily regimen allows me to observe instruction and student learning and behavior, and allows me to truthfully support teachers, students and their parents whenever concerns arise.

I stood up from my picnic table and headed for the far end of campus to walk through the sixth, seventh and eighth grade classrooms. A warm autumn breeze arriving fairly late this first winter Friday in January gently guided me to the prepubescent corner of the school. I stopped in the sixth-grade rooms and was pleased that all teachers had their objectives posted (and were teaching content related to those objectives!) and that all students were engaged in a multitude of meaningful activities to achieve those goals.

Pleased with what I saw, I headed down the sidewalk to the seventh and eighth grade building. Up ahead of me, I saw the eighth graders moving to their next classes, stopping at the water fountains, hurrying to the restrooms, visiting with friends and finally lining up for their next class. And then I noticed a group of “rebels” – faintly – up ahead, standing out from the rest, a group of eighth grade boys running back and forth yelling and gesturing with their hands. Great, I mumbled to myself, two hours left of school, and there’s trouble! And on a Friday afternoon! I’ll be investigating this for hours and explaining to parents why their children are being disciplined and filling out reports, and I won’t be able to leave until sundown!

Teenagers are unpredictable people. Some people fear them. Some people can’t stand to even be near them. After all, they stand tall, they make strange noises, they act irrationally. They are easily brought to anger, and oftentimes, they resort to using their hands more readily than their brains. Having worked with adolescents for more than 25 years though, I know that, for the most part, they are really just little kids trapped in big, clumsy bodies that are pulsating with hormones. Still, the thought of having to step into the middle of a middle school fight has never really been on my top ten list of things I love to do when I get to work.

Now, halfway down the sidewalk, I noticed that the four boys were running around a large ash tree which had just started to change color. They were yelling louder this time, waving their arms and pointing at each other. With each encircling of the tree, all four would promptly stop running and begin screaming and pointing again. Weird way to fight, I thought, never seen this before – just not in my training!

With a hundred feet to go, the afternoon breeze brought their words to my ears:

Fifty feet left. The yelling seemed to intensify as the movement of the boys accelerated. I slowed my pace, hearing them more clearly now:

Hit man! You were hit!

Not even! It was you!

All four boys laughed and began running haphazardly around the tree. A sudden gust of wind shook one of the few newly yellowed leaves from the tree. It landed on the head of one runner instantly stopping everyone in their tracks. The boy bent over with his hands on his knees trying to catch his breath as his unmerciful opponents pointed at him, laughing, screaming in beautiful harmony, You’re out! You were hit, man! It was you!

I stopped in my tracks and stood there taking in the scene. I smiled to myself and then laughed out loud as the boys’ journey around the tree resumed and subsequent leaves fell, taking new victims one at a time. There would be no ruined Friday afternoon after all. I heard a teacher shout out to the masses that it was time to go in for the next class, but the fourteen-year-old boys continued their game. They could now see me watching them and smiling. I waved and they waved back. Go on, guys, I said, one more time, but then it’s off to class. Another leaf fell conquering yet another child. Now boys! a teacher boomed, stop running around like little kids! It’s time for class! You’d better have your homework!

The laughter ceased. See ya, Mr. Ramsey, they hollered, racing to get in line. I waved goodbye as the sidewalk was cleared of its temporary inhabitants. I stood alone as the wind began to pick up and smiled. Another leaf fell. 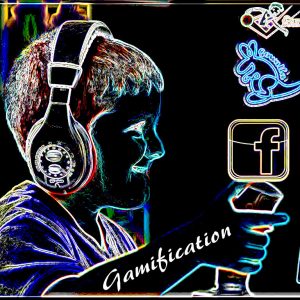 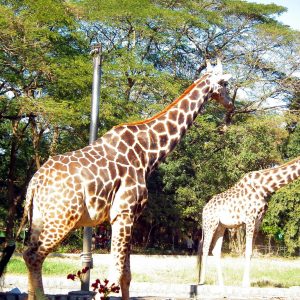 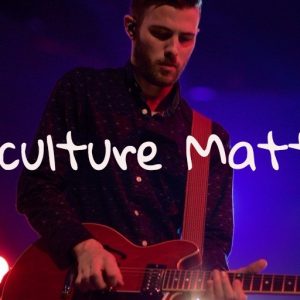 About a song: What does it “mean”?
Donald Gately | @donald_gately 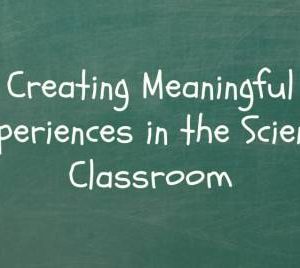 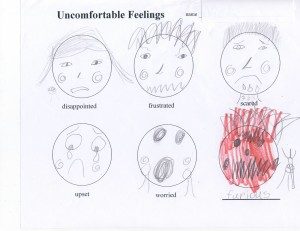 What if We Made Schools More Uncomfortable?
Annie Fox

06:39
Creative Ways to Get Children out of Their Shells
Shelly Sanchez Terrell
11:27
Logical Consequences: Nuanced Responses to Student Misbehavior
Rae Pica
09:20
Flipping Your Classroom with Limited Technology and Resources
Jon Bergmann
04:44
Tapping Into the Collective Creative Potential of Educators
Sheryl Nussbaum
04:18
A New Idea? Research-Based Education Policy at the DOE
Patrick Riccards
09:49
Moving Beyond the Way We Have Always Done It
Ferlazzo - EdWeek