There have been numerous education initiatives proposed, adopted, and later left on the side of the road during my teaching and administrative career. Initiatives involve ideas, programs and techniques that often are created, analyzed, and deemed viable options by the individuals farthest away from the students who will be impacted.

Teachers are sometimes selected to serve on steering committees which will make recommendations to administrators. However, administration has the option of accepting such suggestions or discarding them and making a completely independent decision. Unfortunately, many initiatives are chosen not on the basis of student success, but upon financial savings instead.

And many of the teaching strategies that follow are misguided, failing not only students but their teachers as well.

When I started first grade in 1965, I was already a good reader. Despite the fact that my parents had little money, they provided my siblings and me with books and plenty of one-on-one support in learning how to read those books on our own.

I entered school, and my love for reading was instantly extinguished. There was a heavy emphasis on phonics – in sounding out the letters of every word before we could read the stories in our readers. Phonics is an extremely important piece of the reading process, but I was already far ahead of my classmates, and I did not need the constant drill. Differentiation for all students had yet to become a buzz word, much less a highly-regarded practice in American schools.

A few years later – as a fifth grader – I found myself labelled a “poor reader.” My phonics lessons had been mastered, my vocabulary was strong, and I comprehended everything I read well. But I could not read fast. The teacher said I didn’t read fluently.

Reading fluency involves reading quickly and accurately at a pace similar to normal conversation with excellent understanding of what has been read. In the seventies, this was confused with speed reading, but fluency has nothing to do with winning a race against time. It has everything to do with being able to recognize words and not having to sound out every letter of every word. It means gliding through a text painlessly and understanding what has been read at the end of the experience.

I remember seeing advertisements on television during the early seventies for several speed reading courses. With little training, my fifth grade teacher and her peers were immediately forced upon the bandwagon and instructed to use the elements of these programs in their classrooms.

I was told to sit in a darkened learning carrel in the back of the room. An automatic filmstrip projector called a “speed reader” was placed before me and a piece of film was threaded through the apparatus. The teacher flipped the “on” switch, and a series of ten words flashed before my eyes. When the words had stopped, my teacher took her pen to her clipboard and asked me to recite back to her the ten words that I had seen. I failed this test miserably. I’m not sure I ever got the hang of it. And for this reason, my parents were informed of my poor reading ability.

And for this reason, I believed that I was a terrible reader throughout my days in junior high school, high school, and college.

Mrs. Ford was a great teacher. I don’t fault her any longer for the slam to my self-esteem. Now as a teacher myself – one who possesses a masters degree in reading education – I realize that she was simply misguided by her school administration and by others who were developing so-called “effective educational policy.” In turn, many students – myself included – were misguided.

Seven years later, during college, I volunteered for a paid research project by graduate students in the psychology department. All I knew upon entering the lab was that the project involved improving reading skills. Ironically, I was taken into a darkened room with a filmstrip projector. Words were flashed on the wall in front of me and a clipboard was produced. I soon recovered from the pain of my flashback, yet I failed to remember most of the words I had seen. I can’t say that I had made much progress since fifth grade. Fortunately, I was given a check for $25 as I left.

Many years later, as a teacher, I was given training by a reading “expert” who had the “cure-all” for every one of our students’ reading woes. We were instructed to sound out all words, letter by letter by tapping on those letters. But to be effective, we had to tap loudly and forcefully on our chart stands and then glide our fingers in an exaggerated swipe to blend all of the letters into a complete word. By the end of one review session, this teacher’s index finger was throbbing and bruised. Failure to tap hard enough to be heard at the back of the room often resulted in docking of points on an observer’s check sheet.

I must reiterate what I stated previously. Phonics is an extremely important piece of the reading process. Children must learn the letters of the alphabet they are reading, they must know the sounds of those letters, they must be able to combine those letters into words and then into sentences that have meaning. The process must be sequential, meaningful…and enjoyable.

Charging school districts exorbitant amounts of money to teach teachers how to hit words and glide across chart paper is outrageous. It is misguided.

I currently teach part-time as a college reading instructor. The majority of my students are apathetic when it comes to reading. Most have admitted that they have not read a complete book in years. How many of them have been misguided by the educational system in which they were immersed, only to be left with a wounded academic self-concept and an aversion to a vital lifelong skill? How many will never recover?

It is time for teachers to step up and assert their educated voices. They must volunteer to work on committees reviewing curriculum and policy changes. They must vociferously reject those ideas that are not conducive to learning and those which are simply harmful to the well-being of their children. Finally, they must suggest their own ideas and provide the data to support the validity of these ideas. Perhaps then, the money allotted for the next best program to come along can be allocated to the real educators who have been hired to make a difference.

May no additional children be misguided, may their teachers regain the feeling in their index fingers, and may the “speed readers” of my childhood be permanently put out to pasture.

My use of the word, “misguided,” is not done in a malevolent, blaming manner. I use the word to mean “being on the wrong track.” Most administrators, either at a site level or higher, are not making decisions that will impart negative effects on their teachers and students. I have been a school administrator, and I know all too well that educational decisions are taken quite seriously. However, because lack of money unfortunately is a major factor, some give and take must occur. Teachers, administrators and community members must step up though and make informed decisions. They must not simply choose the shiniest package. They must not fall for the hype from a publisher or manufacturer. They must think. Perhaps, we can ignore the promises all together and rely instead on the professional judgment of our educators in the development of sound strategies and materials. Perhaps we could use our limited funds to further support those teachers and administrators who are willing and able to bring true, lasting success to their students. 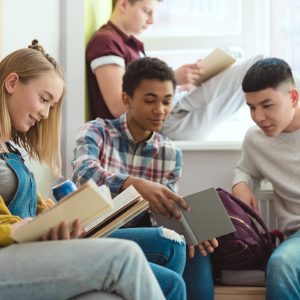 Put Down the Guns, Pick Up a Book
Linda Mitchell 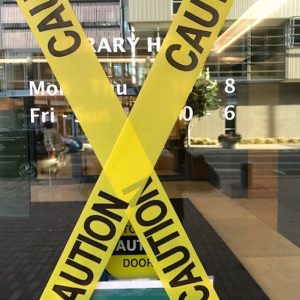 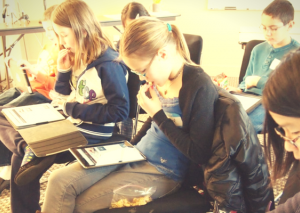 How Does Curriculum Fit with Personalization, Technology, and Empowerment? And a Few More Questions.
Tom Mullaney