When we moved to a new state and were trying to zero in on a place to land, I perused elementary school websites over and over to assess how much time they allowed for recess. That was one of my first factors to compare.

It seems like a strange marker for school quality to many, but to me it signals an awareness of the needs of the whole child and not just a perspective of the student as a“disembodied mind”.

I thought I might be the only mom with a funny hang up about recess.

Then my friend, who lives across the country, called to talk about concerns with her own child’s school and their approach to recess. As in, there was hardly any of it. One 20minute recess per day for first graders (including line up time…..and we all know that takes TIME).

She mentioned that recess was a hot button issue for her, and that she thought SHE was the only parent with that hang up.

Until she started hearing from HER friends.

Clearly, the reduction or complete removal of recess is hitting a nerve with parents and educators, and that requires us to speak up. Believe it or not, schools tend to respond – however slowly – to public opinion. Change is slow, but it comes. The process however,requires the public to make their voices heard.

As parents and teachers bring up concerns about recess, they are often met with a variety of justifications. I’ve collected a few of the most popular, and shared them here along with data and talking points to counter those arguments.

Many schools, feeling the pressure to do “all the things”, pull from recess time to get more classroom time on the clock. While I can appreciate the pressure to fit so many things into one single day, the interesting thing is that recess has actually been shown to increase efficiency in the classroom.

Work done by Dr. Olga Jarrett, has found that “children were less fidgety and more on task when they had recess”.(source)These effects were greatest for kids who needed the help the most: those with hyperactivity. Recess, it turns out, pays time back with dividends. Jarrett found that a 15 minute recess yields 20 minutes of quality focus timebecause of theincreases to the child’s ability to stay on task.

Play not only enhances a child’s ability to stay on task, but actually changes the condition of the brain, making it more open to learning.

Play scientist, Dr. Stuart Brown, says that play is like “fertilizer for the brain”. Play actually changes brain chemistry, creating an environment more favorable to brain growth. When it comes to the question of play in schools, Brown says,“It’s crazy not to use it.”(affiliate source)

Neuroscientist, Dr. Judy Willis, cites that when students are overly stressed (a condition easily reached without appropriate breaks) the opposite environment is created, producing what is called an “affective filter”. As she wrotein this piece, “When the amygdala is in this state of stress-induced over-activation, new sensory information cannot pass through it to access the memory and association circuits. (The affective filter) describes an emotional state of stress in students during which they are not responsive to learning and storing new information. What is now evident on brain scans during times of stress is objective physical evidence of this affective filter.With such evidence-based research, the affective filter theories cannot be disparaged as “feel-good education” or an “excuse to coddle students” —if students are stressed out, the information cannot get in. This is a matter of science.”(emphasis mine)

So when we take out play to squeeze in more academics, we are actually creating an environment where students may be less prepared to learn, in terms of actual brain chemistry, and less prepared to pay attention.

Skeptical? Check out the results produced by this Texas schoolwhen it shifted to FOUR 15 minute recesses each day.

“We’re focused on our job to help kids be college and career ready.”

“College and career ready” is a term with noble intention, but has unfortunately beenused on some occasionsas a euphemism to excuse developmentally inappropriate practices. While a myopic view of getting kids ready for college and careers doesn’t include much space for play, reality tells a different story.

When it comes tothe college component, Erika and Nicholas Christakis, then both faculty members and housemasters of an undergraduate housing unit at Harvard, penned an Op-Ed a few years back, entitled,“Want to get your kids into college? Let them play.”In it, they outlinedskills they saw lacking in their ivy-league students. Skills they say are supported by play.

Not surprisingly, this trend continues into the workplace. This recent article inThe Wall Street Journal reportsthat many companies report great difficulties finding “applicants who can communicate clearly, take initiative, problem-solve and get along with co-workers.” Again, these “soft skills” are developed in many ways when kids play.

We need children to develop solid academic skills. But in order to truly succeed, they need “soft skills” too.

Want kids to truly be college and career ready? Support them in developing these “soft skills” through play.

“But our kids are behind.”

This is a common concern fromlower income schools. Undoubtedly, their students are fighting an uphill battle against socio-economic factors, attempting to close the achievement gap. But it appears that our effort to catch them up at the expense of play has its own unintended consequences. Those once at risk for an achievement gap now appear to also be at risk for a “play gap”.

As Nancy Carlsson-Paige writes,”what studies now show is thatthe children who need play the most in the early years of school get the least.Children in more affluent communities have more classroom play time. They have smaller class sizes and more experienced teachers who know how to provide for play-based learning. Children in low income, under-resourced communities have larger class sizes, less well-trained teachers, heavier doses of teacher-led drills and tests, and less play.”

She continues, “in a misguided effort to close the achievement gap, we are creating a new kind of inequality. In the current education climate, now focused on academics and rigor even in pre-K and kindergarten, economically advantaged children have many more opportunities to play in school than do kids from low-income communities.We are planting the seeds of disengagement for the young children we want to see succeed and stay in school.”

Want to close the gap for disadvantaged kids? Provide them with opportunities for powerful play.

“We have brain breaks and PE.”

Recess is more than just moving.

Brain breaks are a great way to get kids up and moving in short spurts, to help them reset and refocus in the middle of a longer block of work. I fully support that. But they are not recess.

PE is an important part of a child’s education, and a fantastic opportunity to teach children about health, their bodies, and group games. But it is not recess.

Some schools excuse their minimal or non-existant recess times by citing the time devoted to these other opportunities for large motor movement.

One study of US public elementary schoolsshowedan inverse relationship between recess time and PE time, suggesting that schools are substituting one for the other, rather than recognizing their variant components and benefits.

As Debbie Rhea, a kinesiology professor at Texas Christian University,pointed out in this article,”The key is “unstructured play,”which Rhea described as kids being allowed to run, play and make up their own games while teachers mostly stay on the sidelines to make sure everyone is safe. The breaks should take place outdoors because fresh air, natural light and vivid colors all have a big impact on the brain and its function, she added.”

Brain breaks, PE, recess. They’re all good. But they are not interchangeable.

“There are too many problems on the playground.”

Some schools cite social conflict as one of the reasons they’ve cut back or cut out recess. The children are struggling with their social skills, so the format for practicing those skills is removed.

When kids struggle with math or reading, we increase their exposure.

I’ve never heard of a school canceling math because too many students were struggling.

If we are concerned about the social skills of our students, we shouldfocus on building those skills rather than avoid having to practice them.

As I’ve said before, “Designing a school day that is void of recess is at odds with recommendations from theAmerican Academy of Pediatrics, is ignorant ofwhat we knowfromresearchis beneficial for children and for a positive learning environment, and disregards what we know about human development and what is needed for children to grow upphysically, mentally, and emotionally healthy. In light of all of that, I can’t see how an argument can be made to support such a decision.

But amidall the data, all the research, and all the numbers, reason #1 is because they are human beings.

Our policies need to reflect that understanding.”

(Originally Posted on NotJustCute.com. Links to Amazon are affiliate links.) 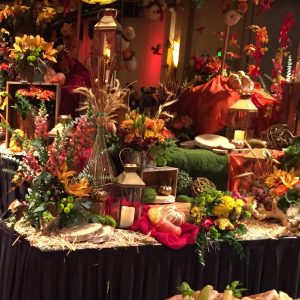 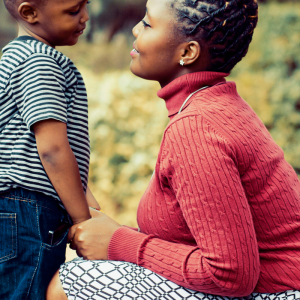 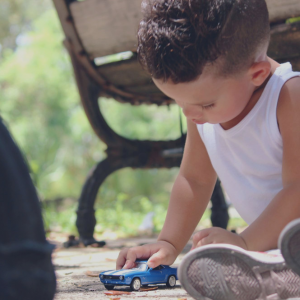 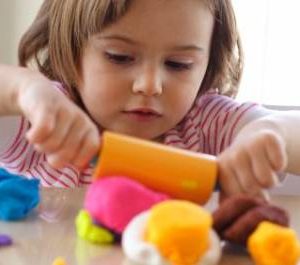 What Old-School Teachers Know that New-School Teachers Need to Know
Jon Bergmann
14:26
Confident About Confidentiality? HIPAA/FERPA Made Easy – Part II
Amy Garcia
12:25
What Will You Do Differently This Upcoming School Year?
BAM! Radio Network
09:34
What Are Community Schools, How Do They Support Kids?
Ferlazzo - EdWeek
10:21
Teachers’ Unions Are at Risk of Losing Influence: The Road Ahead
Ferlazzo - EdWeek
11:37
Assistive Technology: Providing Students the Tools They Need to Succeed
Pam Moran