What happens to a dream deferred?

Does it dry up like a raisin in the sun?

Or does it explode?

A Dream Deferred by Langston Hughes

None of the above.

In this case, a dream came true!

We all have bucket lists. And on those lists are dreams that we one day hope to achieve. When we are young these lists are written in crayon and on them we write things like play in the NFL or become a movie star. But oftentimes, as we grow older. And we stop writing in crayon. These lists seem to fade away.

We convince ourselves that they were silly. We settle in to our 9 to 5 and we tell our children that they can be whatever they want to be in life. All the while, our lists written in crayon remains hidden. Or even worse. Forgotten.

Last Thursday night I had the privilege of watching a friend, Devon Beck, fulfill one of his lifelong dreams. To perform at the Howard Theatre. And perform he did.

Up and down. Back and forth. Sweat and tears. And more than anything, passion and energy that moved all those who came to see him take the next step on his journey. It was incredible. More than anything, it was inspirational.

So if Devon can do it, then so can I.

I am usually not at a loss for words. But trying to put into words Thursday night’s experience is difficult. I remember when he first told me he had been invited to perform at the Howard Theatre. You see, he keeps his bucket list in his front pocket. And it drives him. And it motivates him to get better each day. He will not stop until he can mark off everything on his list.

And once he does. I know exactly what he will do next.

He will make a new one!

And he will work it.

Early last week I began to feel his energy. His excitement for Thursday night’s performance was palpable. When he told me last month that he was going to be performing at the Howard Theatre, I knew there was no way I was going to miss it. Driving up from the eastern shore and moments before he came on stage, I was nervous.

Not because I wasn’t sure how he would perform. But because I knew I was getting ready to witness a friend fulfill one of their lifelong dreams. How often does one get to do that?

The curtain rose. And with mic in hand, Devon gave everyone what they came to see. They got to witness their friend, their family member, their loved one put on the most important performance of his life to date. To date!

What was actually only thirty minutes, seemed much longer.

Cameras snapping photos. Phones recording video. And smiles all around. This was it. This was Devon’s moment.

How did he do?

There is no way to quantifiably measure someone’s dream being fulfilled. But anyone who was in the crowd after his performance. Who got to talk to him. Congratulate him. Shake his hand. Give him a hug. They could tell. They knew it was a success. And so did he.

The joy he displayed as he made his way around the crowd was infectious. He made it a point to speak to all those who had come to support him on this big night. And while he was the was one thanking us, deep down I think we were all thanking him.

For showing us what happens when you don’t give up on your dream. For inspiring us to believe in our own. For always taking the time to put people first. I will never forget the night I witnessed one of my good friends mark something off of his bucket list.

And while Devon’s performance was amazing, it wasn’t the part of the evening that moved me the most.

No, there was another brief but poignant moment from the night that I will never forget. It was getting late and I knew that not only did I have to drive back to the eastern shore, but I had to go to work the next day. So after Aaron Camper performed, who by the way was incredible, I looked for Devon so that I could say goodbye and congratulate him one last time.

I found him with little effort because he was the one with the biggest smile on his face. He was speaking with someone, but saw that I had come over to say goodnight. I gave him one last hug and told how him proud I was of him. He thanked me for coming and then said something that represents just the type of person Devon is.

He knew it was late, for me, and that I had about a two-hour drive home. So as I was about to go he said, “make sure you text me when you make it home.”

Here he was, having just given the most important performance of his life and yet he was thinking about my safety and well-being. I am honored to call him friend and I am quite certain that it won’t be long before he crosses the next item off his list.

Since I wrote this piece several years ago, Devon has released a new album that is absolutely amazing. At one point last summer, it reached iTunes top 60 for Hip Hop/Rap Albums! For a moment, it was ahead of Kanye West, Beastie Boys, Logic and Eminem! I will be the first to admit that I am 100% biased. But his album in incredible. He is following his dreams and it is inspiring to watch and witness. He inspires me daily to reach for mine. And I am.

I am going to finish my book.

I am going to continue to reach and dream with my eyes wide open.

I don’t know when I will reach them.

That I can promise you.

Devon has shown me that it possible.

• If you like hip-hop, rap and R & B, I would highly recommend you check out his album. It’s not for the faint of heart though. There is some cursing, he takes on tough topics and he pulls no punches. But isn’t that what we, say we are all about. I have included links to his album below. I promise you won’t be disappointed.

A Blank Canvas Should Be Illegal

My favorites are No Boxes, No Rules, Dreamcatcher and Workin Like Pac. 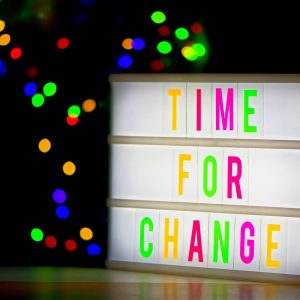 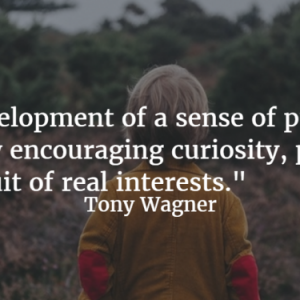 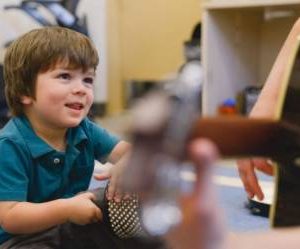 Where Has All the Singing Gone?
Gail Multop