The past 2 years have been a whirlwind for me. I’ve had the chance to crisscross the country, working with all walks of educational life in rural, suburban, and urban districts. I’ve worked with districts that have had money to roll in and districts that are getting by paycheck to paycheck. While I love doingwhat I do, being away from my family is painful. My girls are 3 1/2… FaceTime is wonderful, but it only does so much. You can’t kiss your kids goodnight, eat dinner with them, or snuggle up and read a story. Hence, I’ve been looking to get to work again in a close proximity.

Last month, I applied for a Superintendency that was close to home. I interviewed and was offered the position. Out of 50 applicants and 10 colleagues who were interviewed, I was fortunate enough to be selected. While being the first pick is always an honor, it’s just as much of an interview for me as it is for the Board. No words can describe a Board when you find the right one. It was a great fit.

As contract negotiations began, the word got out that I was the guy. While it normally does, and small towns spread rumors super fast, this was nothing like I’ve ever seen. In less than 48 hours, I was getting social media follows, emails, and phone calls from most of thecommunity. Given my lightening-rod style, those who stalk my every keystroke and those who follow me online put 1 & 1 together, and the onslaughtbegan. Everyone knew it was justa question of when, and this Board was totally ready for it. I loved that; a supportive Board who backs their pick in unison. If you don’t have that from day 1, you have nothing.

The following week, it was clear that I would not be able to start on the date that the Board wanted. After reviewing and re-working my calendar to accommodateprevious commitments and engagements, I would still be out 14 school days in October. This, alongwith the annual NJ School Boards Convention, would put me at 18 calendar days of the district. I could not move forward with a clear conscience knowing that I would be there for a modicum of time in the first month when the first month is one of THE most important months and knowing myabsences would create a myriad of problems. If I was a taxpayer, I would be livid. Sadly, I declined the offer. I am not the first, nor will I be the last Superintendent who had talks break down and conclude that this may not indeed be a good fit at this time.

This was also a painful decision on my side; from the moment the Board President told me to ‘take my hat out of the running’, I did. I was all-in. There were countless emails and texts exchanged with the Board. We were on a positive step on from day one. Given the amount of work that was needed to be done, I started before I was signed. I created a communication plan; I began to meet with parents, staff, and students; I made the rounds and started to put names to faces. To do all of this work, only to turn around and say ‘sorry, I was your guy, but am not any more’ leaves egg on my face.

The most painful component of this? I loved the Board. For the first time in a long time, I saw a Board that was all-in. The Board came from all walks of life and disagreed on a myriad of topics, and that’s a good thing. They had passion, they had vested interest, and they knew that this decision would have ramifications for the next decade at the very least. The district is slated to lose hundreds of thousands of dollars in state aid, declining enrollment, bare-bottom morale, contract negotiations, and a rotation of acting an interim leadership that did what they had to do and leave. The financial impact for the next leader was over $1,000,000 in compensation in a 5 year time period. This person is also the same person who will be closing down multiple schools and cutting staff members in the triple digit range. Regardless of their difference, this Board bonded like superglue and backed me. When I no longer was the candidate, the next candidate was backed up in the same manner.

I attended the board meeting to show support. Some members of the Board were freaked out that I was there; others smiled, waved, and even chatted me up in the hallway. No hard feelings, no anger to be had. What’s done is done and onward we go. I recalled that one of the Board Members emailed me saying I didn’t need thick skin, I needed elephant skin to navigate these meetings; I wanted to see first-hand. I said to myself, how bad could it be? Holy cow.

For almost 90 minutes, I watched stakeholder after stakeholder come to the mic and tear the soon-to-be Superintendent to shreds. They spoke about votes of no confidence in prior districts; buy-outs, settlements, and countless jabs ranging from being called a ‘devisive manipulator’ down to being called a fraud. News article after article was brought up, and people were very quick to say “I just googled him and this is what I found.” While most of what was said was completely taken out of context, the pain and frustration in people’s voices were certainly noticed. I know first hand that being the new guy with a history of being loved and loathed is hard enough as is; coming in and getting not clubbed, but pummeled before you even start is unfair, but comeswith the job. Great educational leaders are ones who set a path is best for students, taxpayers, and all other stakeholders. Sometimes that path isn’t all puppy-dogs, unicorns, and rainbows. Honestly, I would be more concerned if everyone liked the candidate; if you’re looking to just keep the boat floating, that’s your pick. People who get things donewillrock the boat; it’s that simple.

Why would I even attend the meeting in the first place? I came to support the new Superintendent and the Board. It does not mean that I disliked everyone else in the room; I am there to support the process, the next Superintendent who was selected, and the Board who spent tens of hours doing such. Superintendents stick together; this is one of the most trying, political, cutthroat jobs in education. Yes, I was the pick, and then wasn’t the pick, but just because I wasn’t any longer does not mean I did not have interest.

After the onslaught from the public, business carried on as usual. The Board, united & unanimously, voted in the new Superintendent. It’s this vote and this vote alone that makes this Board so special. They get it. They understand the politics and pitfalls, and everything in between. There is no greater importance than a Board being unified in making important decisions. I’ve worked with boards that rubber-stamp and boards that have disagreed on my recommendation for paper clips; showing the unification upfront and believing in themselves, and the candidate, is educational gold.

One of my favorite parts of the meeting was the very end, where each Board member spoke their peace. It was beautiful. One Board member kicked it off by bluntly saying that if you didn’t like his decision, ‘vote me out… it’s that simple.’ Another followed with the same statement. And another. And another, adding that they represent the entire town. The Board all praised their new hire, and they stood their ground. That in itself, whether you like them or not, deserves respect and applause. That is the epitome of leadership and Board governance. That is how a Board is supposed to work. You may not like the decision, and you may not understand the decision that was made, but everyone should know that this in itself is one of the most important decisions a Board can make. They should not take it lightly; this Board did not.

Today is a new day. Today is a day to start fresh. Today is time that so many spoke about last night in giving second chances. It’s a new day with a new leader. Before you like him or loathe him, give him a chance and give yourself a chance to be open to potential changes. Going into something negative will only make you angrier.

Until the next BOE meeting (in which I will most likely be attending, as I will be an official resident and my kids will soon be attending school in the district), stay calm, be safe, and most importantly, know that the actions taken by a Board were done for one reason and one reason only: the welfare of the students. 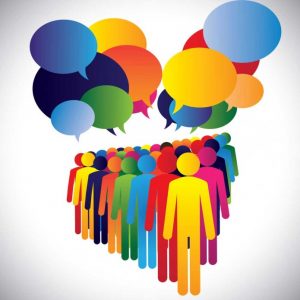 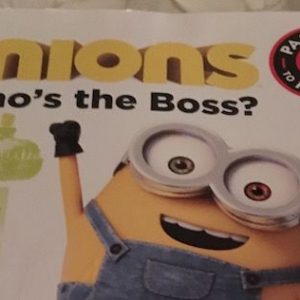 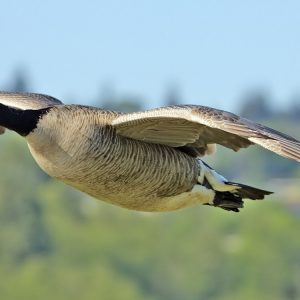 Lessons From The Geese Revisited, Leadership And Life
Rita Wirtz 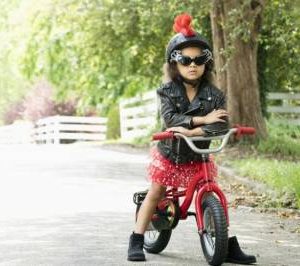 Have a Little Girl Who’s “Flat-Out” in Your Class?
Debra Pierce